Located in the arid but fertile expanse known as La Mancha, forever immortalised as the setting for Don Quixote's misadventures, lies the beautiful medieval city of Ciudad Real. Remnants of ancient city walls, churches galore and spectacular cuisine based primarily on cheese, cured meats and wine all make a visit well worth it, and now with high-speed rail connections to both Madrid and Sevilla, it has never been easier.
Read more

Tirana is a mixture of Western Europe and old Russia, interspersed with influences from the Middle East. The city has overcome its recent troubled past and risen as a gem of Eastern Europe. The modern Tirana is full of restaurants, nightlife and hotels, and has rediscovered itself and become an energetic, vibrant and cosmopolitan city that it is worth exploring.
Read more 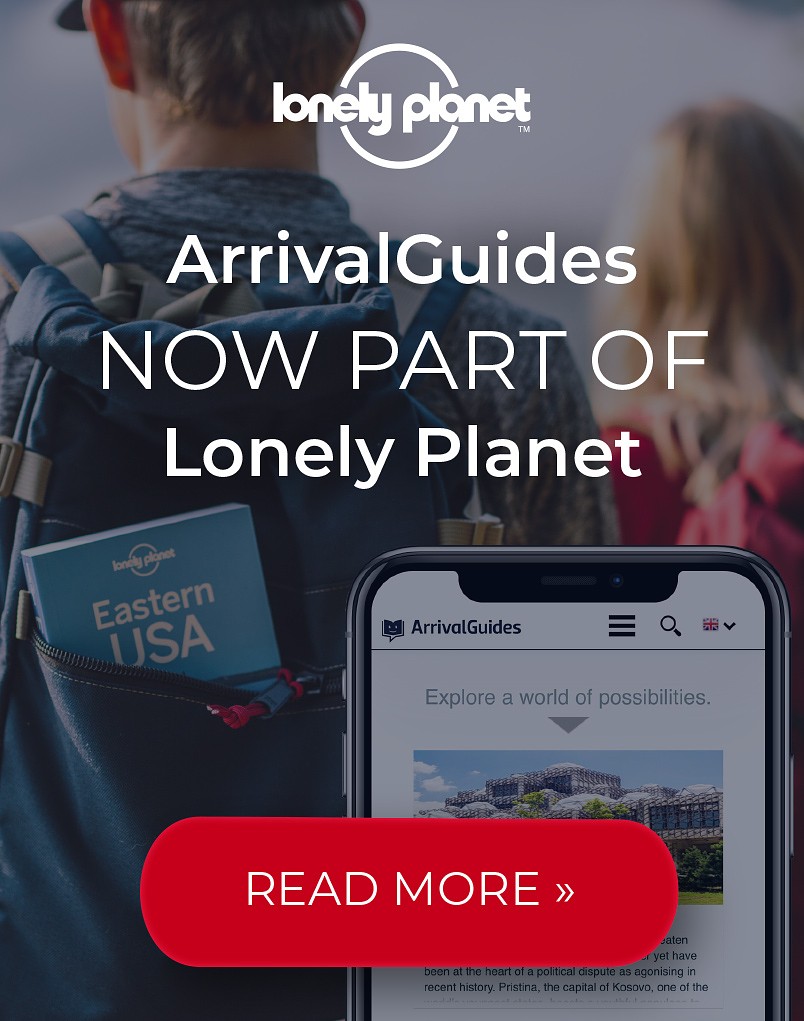 The majestic "City of Sails" is surrounded by water, which defines its sparkling appeal. The magnificent harbour is reminiscent of other famous waterside cities, but with its own unique charm. Auckland has a rich maritime history, shaping its identity as a seafaring city. Auckland is relatively small geographically, which makes it a pleasure to explore on foot and with its dynamic population the city has more of a cosmopolitan, sophisticated feel to it and with an easy, friendly atmosphere.
Read more

Located at the foot of the Massif Central and less than a two-hour drive from the Mediterranean, Rodez is the capital of the Aveyron Region. This picturesque region is one of the best kept secrets of France, offering more attractions than you would expect. Rodez is surrounded by several village communities, all rich in cultural and historical assets, which contribute to making the town a prime tourist destination.
Read more

As the heart of the scenic Yorkshire region, Leeds is doubtless one of England's favourite destinations. This city offers a shop-till-you-drop city centre and a pulsating night life, as well as historic locations, cultural events and a spectacular surrounding countryside that will leave you breathless.
Read more
Dubai, United Arab Emirates

Daytona Beach has been dubbed by some 'The World's Most Famous Beach.' Known for its stretches of smooth sandy beaches that have made driving and racing motorized vehicles a popular pastime for over 100 years, Daytona Beach impresses. The booming racing legacy continues to this day, with the National Association for Stock Car Auto Racing (NASCAR) and Grand American Road Racing Association establishing their headquarters here. Daytona Beach also beckons with activities for absolutely everyone.
Read more
Dubai, United Arab Emirates

New Year's Eve in Dubai is a celebration like no other. From grand fireworks to non-stop parties, you'll want to be in this city for the next countdown.
Read more
Auckland, New Zealand

A dormant volcanic island - only a 25-minute ferry ride from downtown Auckland - makes up part of the gorgeous scenery of the Hauraki Gulf Marine Park. Hike to the summit of the volcano or stroll through the lush landscape of the lower fields. Accessible only by ferry (Fullers Auckland Harbour Cruises)
Read more

The Palm Beaches are an exciting collection of 15 distinct districts with luxury resorts, hotels, innovative culinary landscapes, trendy shops and designer boutiques of world-wide fame, and where nightlife thrives year-round. Beautiful beaches stretching 47 miles along the Atlantic Ocean, lakes and Everglades coupled with year-round warm weather attract visitors from around the world, and recreational pursuits are unmatched.
Read more

Surrounded by vineyards and with over 30 bodegas (wine cellars) devoted to the art of making sherry and brandy, you’d be forgiven for thinking that’s all Jerez is about. This aristocratic city with an ancient heart, unusual museums, an atmospheric gypsy quarter and some outstanding architecture is also the cradle of flamenco, the home of the magnificent "dancing" Andalucian horses and the capital of motorcycle racing.
Read more
Auckland, New Zealand

The Sky Tower stands 328 meters tall, is an icon of Auckland’s skyline and is an exciting hub of adrenaline activities such as SkyJump or a place where to enjoy superb dining and breath-taking 360-degree views. At the base of the Sky Tower you will find the SKYCITY Auckland entertainment complex with restaurants, casino and a theatre. So when in Auckland, make sure not to miss this amazing attraction.
Read more

Have you ever had occasion to fall in love with a city? If not, Poznan will take your heart with its unique treasures, which stand dreamily watching their own reflections in the fast flowing Warta River. Here, history and tradition interweave with modernity offering you everything from bustling tourist attractions to idyllic hideaways. The city is perfect for romantic getaways. Even if you walk the cobbled streets alone, you will be swept away by the magic that has given Poznan a reputation for being Poland’s most popular small-big city.
Read more
Ciudad Real, Spain

A remnant of the city's Islamic past, the Puerta de Toledo is all that remains of the Royal Alcázar of Ciudad Real. It was constructed during the 14th century, and it still impresses with 6 arches, 2 square towers and the ornate coat of arms of Castilla.
Read more
Rodez, France

Are you in the mood for a family fun day? Then pay a visit to Aquavallon Aquatic Centre, where visitors can splash around the different swimming pools, go on the water slide, play water games and, finally, relax in the Jacuzzi or the sauna.
Read more
Ciudad Real, Spain

The Iglesia de Santiago dates back to the 13th century, making it the oldest church in Ciudad Real. It was constructed in the Gothic style, but the design shows signs of Romanic and Islamic influences.
Read more
Auckland, New Zealand

This horse riding experience takes you over the deserted white sands of Pakiri beach, through pine forests and past fresh water lakes. Owners Laly and Sharley Haddon are descendants of the Maori chief Te Kiri of Ngati Wai, and have a strong connection to the land and its ancestors. The Pakiri Horse Rides Farm is situated on lands that have been handed down for generations.
Read more
END_OF_DOCUMENT_TOKEN_TO_BE_REPLACED
View on map