Christchurch, located in the province (region) of Canterbury, is the largest city on the South Island, yet remains a friendly and welcoming city compact enough to easily explore on foot or bicycle, all within arm's reach from stunning nature. Following the 2010-2011 earthquakes, Christchurch has re-emerged as a lively, ever-changing city and is doing better than ever. A unique destination where creativity and innovation flow and where the hospitality and arts scenes have really taken off.
Read more

Chiriqui, described by many as the “breadbasket" of Panama, is comprised of fertile mountains and rolling hills, rocky rivers and coffee plantations, pristine beaches and islands with world-class sports fishing and a thriving city conveniently close to all destinations within the province. Located in the western-most region of Panama, Chiriqui is bordered to the north by Bocas del Toro, to the west by Costa Rica, to the east by the Veraguas and to the south by the Pacific Ocean.
Read more

Called "the Flower of the East" by the Venetians, Zakynthos is still one of the lushest and most-loved Greek islands, with green hillsides covered with flowers in spring and early summer, cliffs dropping to dazzling turquoise waters, and some of the country´s best beaches.
Read more 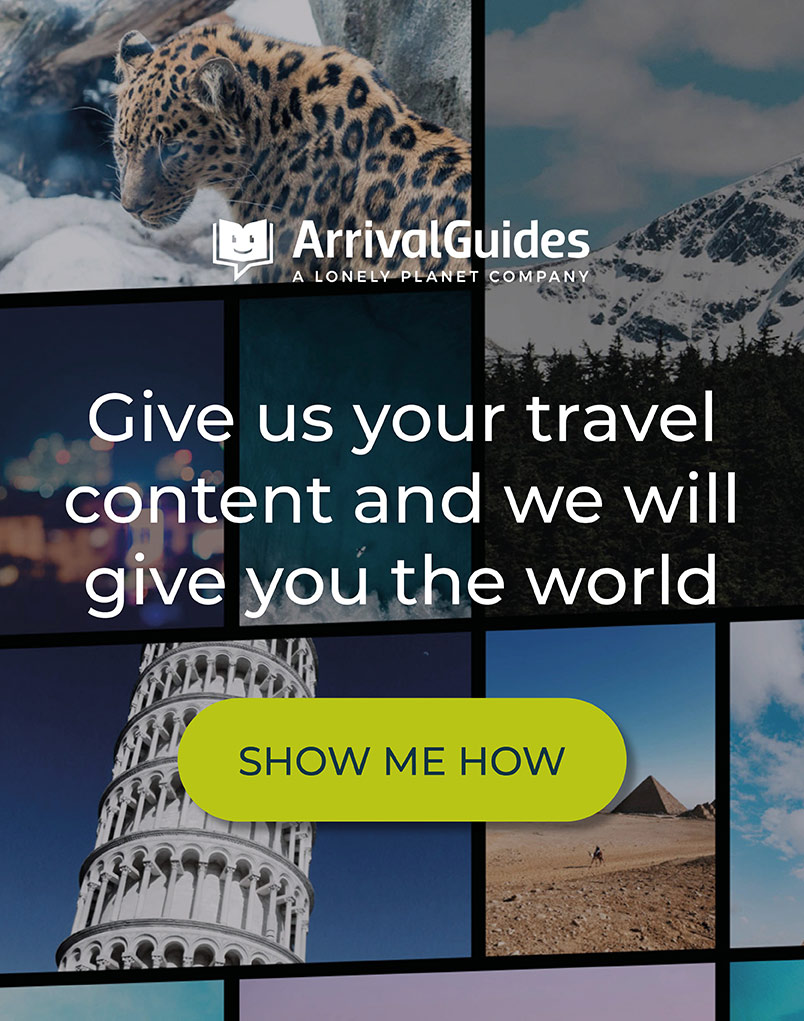 You would never expect to step into Bavaria while visiting Washington, but upon entering Leavenworth, you will certainly feel as though you have been transported to Germany. Nearly 25% of the town's residents can trace their ancestry back to Germany, and they have brought that European feel with them. Though the town is small, what it lacks in size it makes up for in personality.
Read more

Palm trees provide a periphery of greens and browns as shadows run along the otherwise snow-capped contours of the mountain ranges. It is clear to visitors why Hollywood stars took Palm Springs as their refuge during the 1920s. The resort town has long remained a getaway for the upwardly mobile—garnering the nickname of “Hollywood's Hideaway”—and has since blossomed into an accessible vacation destination for those seeking lavish leisure among a host of natural and man-made attractions.
Read more

Bucolic beauty envelops the small, unincorporated town of Arnold, California. Resting at the center of the 400-mile Sierra Nevada mountain range, Arnold is a breath, sigh, and smile of fresh air. Testaments to this are the mild summer temperatures, a close proximity to stunning natural wonders, and the overall seclusion of Arnold’s favored attractions.
Read more

The state of Maine sets its own pace in the otherwise bustling New England. With an eased temperament that stems from lakefront breezes and whispering forests, the town of Rangeley does not stray from its state’s tempo. As "Maine's Four Season Playground," the town boasts Lake Mooselookmeguntic, which provides fodder for lovers of the outdoors looking to fish, boat, kayak and explore. Rangeley also transforms into a wonderland for skiing and snowboarding come winter.
Read more
Arnold, California

Stanislas National Forest, located fewer than two miles from Arnold, is nature at its most pristine. Camping, fishing, and traveling along the Stanislaus River are quite popular. People also take to hiking and horseback riding as additional activities.
Read more

In Munich there is so much more than just the Oktoberfest or Lederhosen. The beautiful bavarian capital has much more to offer. A mixture of exclusive shopping, art, culture, indulgence and tradition makes this city unmistakable. Moreover, Germany’s most cheerful residents live here.
Read more
Rangeley, Maine

Go camping, picnicking, or take a dip in the cool lake at Rangeley Lake State Park. The park has 50 individual campsites, two group campsites, and a camping area playground. They also have boat launch areas and hiking grounds so you can explore the land and the waters.
Read more
Orihuela, Spain

In May 1975, a "cultural spring" bloomed in the plazas and streets of Orihuela, particularly in Barrio San Isidro, to revive the life and work of the poet. More than a hundred painters took part in this collaborative project, telling their stories on 43 walls, including some who were there in 1976 (Pepe Azorín, Nicasio Cañaveras and Joan Castejon). The result can be viewed in the streets of Camino Viejo de Oriolet, Chopo, Acacia, Tomillo, San Isidro Labrador, Sauce, Algarrobo and Almendro; here you will find an open air gallery and museum, decorated with 53 murals of many colours and the green and ochre of the Sierra de Orihuela. You are invited to take this cultural and artistic journey through Barrio San Isidro, retracing the footsteps of the poet Miguel Hernández.
Read more
Christchurch, New Zealand

The Willowbank experience includes unique native wildlife, farm animals and the country's natural history. Dining is available in the award-winning restaurant, acclaimed for its architecture and construction which allows magnificent views of the surrounding wildlife and gardens.
Read more
Munich, Germany

The Viktualienmarkt is located in the heart of Munich and is the culinary centre of the city. Bakers, butchers, fishmongers, delicatessens and flower stands have made the market a Munich landmark for over 200 years. In addition, the beer garden and the maypole attract many visitors every day. COVID-19 introduces new rules of conduct. It is mandatory to wear a mouth-nose cover when shopping at all markets - no matter whether in or in front of the stalls. This obligation also applies when crossing or staying on the market areas (no touching of goods and persons on the market). Exceptions: At the Viktualienmarkt, however, there is no obligation to wear a mask when strolling or crossing the street, as a sufficient distance to the sales points can be maintained. If there is no mouth and nose cover available, a scarf or shawl can be tied in front of the mouth and nose. This applies to all market participants aged six years and older, i.e. traders, salesmen, customers and visitors to the market. Observance of the minimum distance of 1.5 metres to other people and compliance with the general rules of hygiene.
Read more
END_OF_DOCUMENT_TOKEN_TO_BE_REPLACED
View on map